Despite the pandemic and the military coup, the Burmese show creativity and perseverance. Whether rare highland coffee from Chin State or blue tea from the rooftops of Yangon: support these creative minds in Myanmar!

Despite the pandemic and the military coup, the Burmese show creativity and perseverance. Whether rare highland coffee from Chin State or blue tea from the rooftops of Yangon: support these creative minds in Myanmar!
After five years of hope, Myanmar is drifting back into isolation and poverty after the coup on February 1. Border regions such as Chin State, which borders India and Bangladesh, are particularly vulnerable.
Two Inspiring Projects from Myanmar
Nat Coffee - a social enterprise from Switzerland - has been supporting a young coffee entrepreneur group since 2016 and provided access to the Swiss market.
In addition, the Myanmar team at Nat Coffee is excited to present the blue tea: a lockdown product that creates jobs for young people.

What can I do?

Nat Coffee - and who is behind it.

A glimpse into the world of Nat Coffee 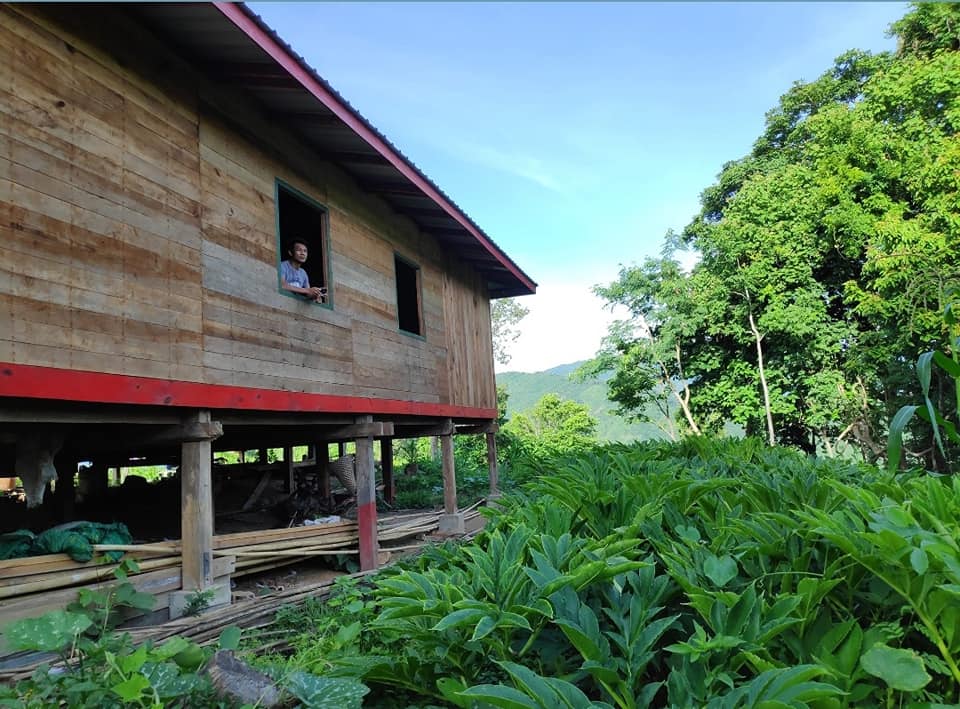 Our coffee farmhouse on the wild coffee hills of Chin State 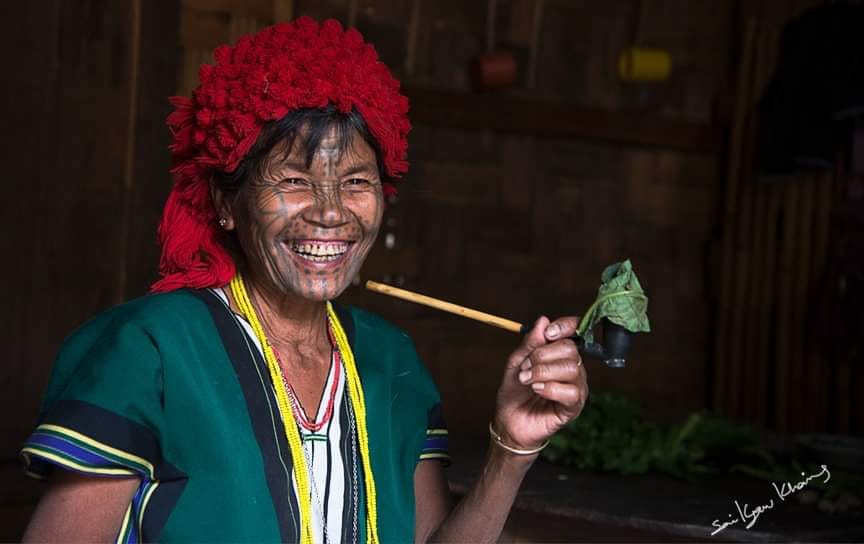 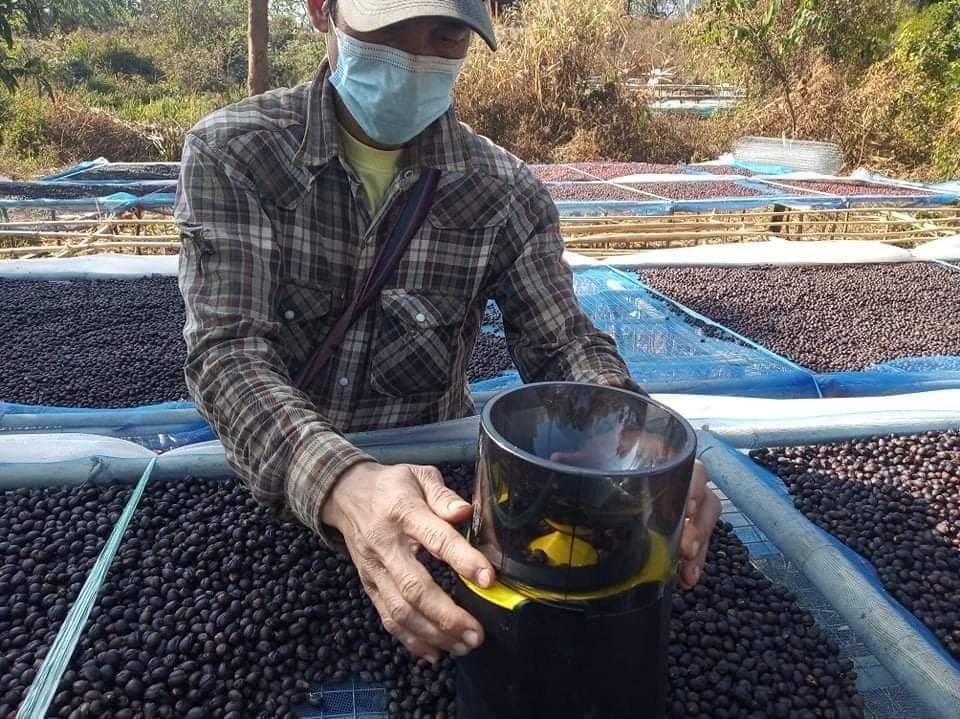 Asho Chin producer measuring the moisture content of the coffee 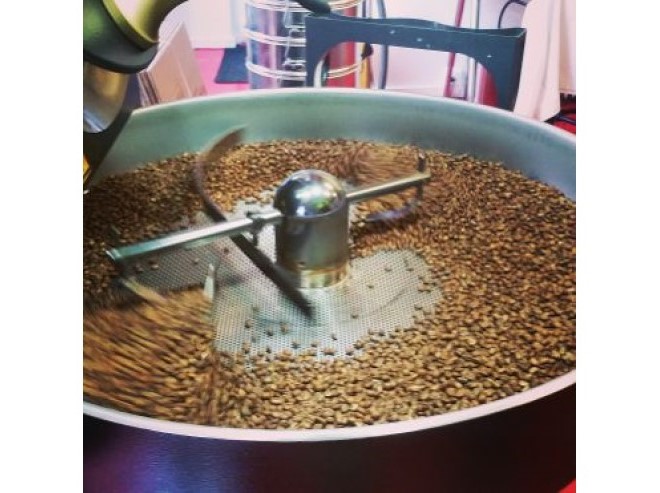 Careful roasting of artisinal Chin coffee - delivered to your doorstep! 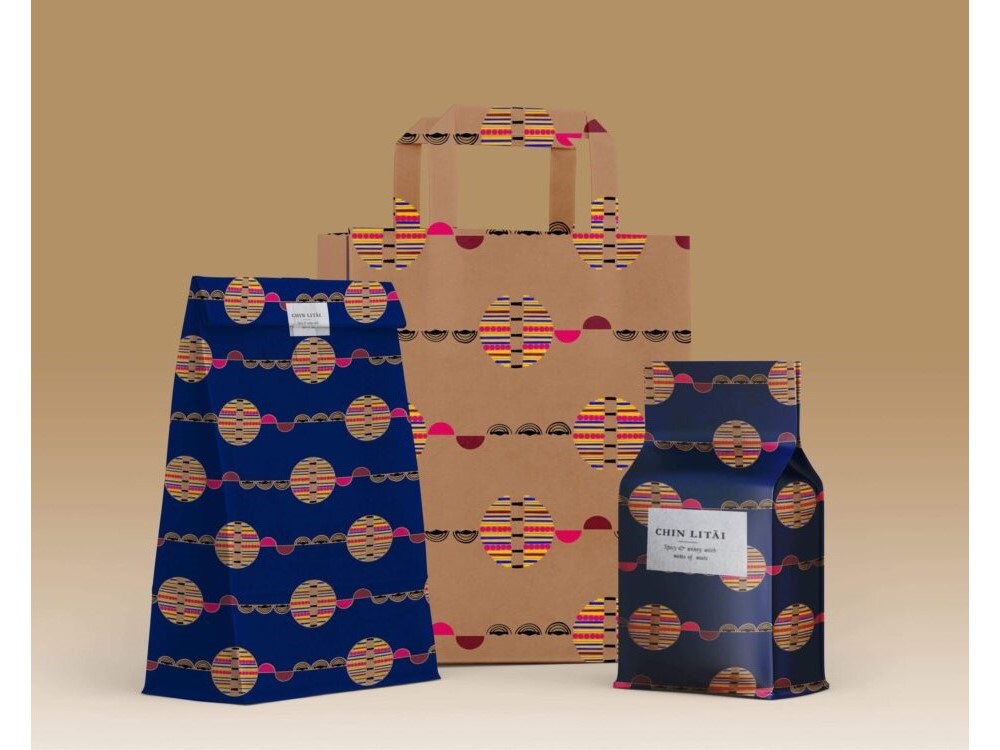 Chin coffee is a wonderful story of wild and rare specialty coffees. It began in Chin State in 2015 when Myanmar held democratic elections for the first time in 60 years. Our mission is: “Seed the Future Generation of Coffee Entrepreneurs”. Thanks to a successful crowdfunding campaign, Nat Coffee was able to build a brand that stands for directly traded, high-quality coffee that can be traced back to the producer. This rare vintage coffee reaches the roastery once a year in limited quantities. The producers pick the slightly fermented coffee at the end of March. At this point, the coffee cherry has its maximum sugar content.
But who are our producers? The coffee entrepreneurs of the "Chin Litai" group are between 20 and 35 years old, live in the South of Chin, are mostly Christian and belong to one of the tribes Dai, Mun and Kaang. Their grandparents planted coffee in the 1970s, but the knowledge of how to grow it has been lost for generations. According to the motto “From Zero to Hero” we trained the producers for 5 years. They process the cherries according to the highest quality standards on raised bamboo beds. The aim is to export these rare coffees and to establish the "Chin Litai coffee" brand.
The coffee is ideal for all preparation methods. As specialty coffee, it unfolds its fine taste best in filter coffee or cold brew.

Blue Tea from the Rooftops of Yangon 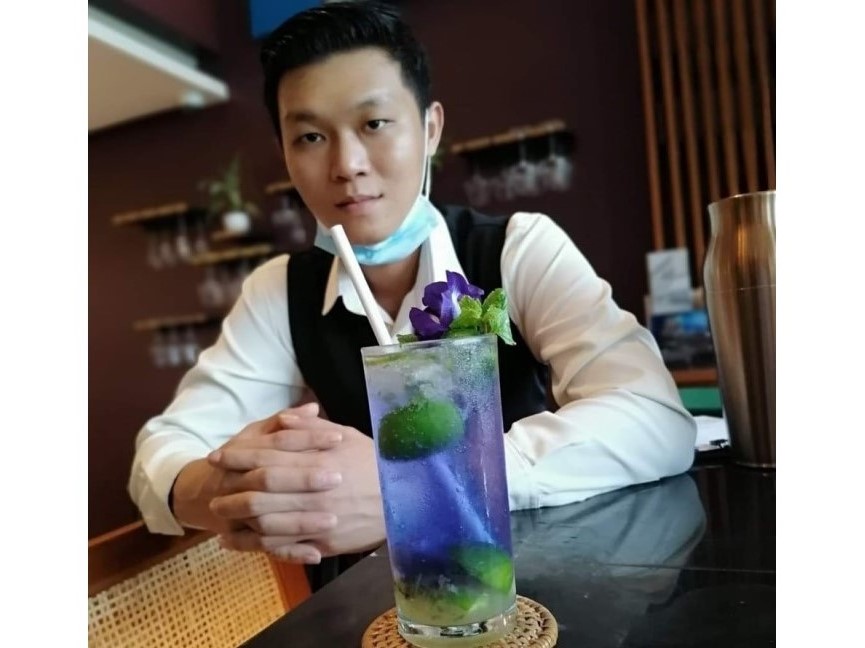 Alexander, bartender with a blue Mojito in Yangon. You, too, can be creative and make your own drink! Tea aficionados know it: blue tea is famed for its wunderful colour!

For decades, the blue tea grew as a native plant in the wild gardens. The plant remained unnoticed for  a long time. Only with the commercialization of this butterfly pea tea in neighboring Thailand that led into a boom, particularly for bubble teas, Myanmar followed the trend during the first lockdown in April 2020.
The blue tea thrives in an urban gardening project. The young producers grow it without pesticides or artificial fertilizers on the roofs in Yangon. At "Nat Metta" project, we work with a well-known hotel, which provides us with the infrastructure, while unemployed young people are processing and packing the tea.
Locals infuse the blue flower with hot water and drink it as a calming infusion. The flowers can be poured with hot or cold water. The water then gets a deep blue color. Blue Chai has a smooth, subtle and floral taste that goes well with honey and lemon. In addition, the tea can be enjoyed in different variations: Bubble tea, blue mojito, blue latte, with rose-red champagne, or simply as a coloring agent for basmati rice. Depending on the pH value, which can be influenced by adding lemon juice, the tea changes its color.
Our aim is to export this tea, largely unknown in Europe, to create jobs locally.

Chin Litai
Since the coup d'etat on February 1, 2021, Myanmar has faced a political and economic crisis, which has a direct impact on our Chin producers.
Chin Litai therefore needs your support to ensure market access for its fine and very rare products! We want to give the producers hope during the crisis and plan a shipment of the next year's harvest via the “Platform for Market Access”.
Nat Metta
With your support we are able to realize a wonderful product during this difficult time in Myanmar. Especially in times of military unrest, it is important that the new project, which employs 15 people, can be continued. What we can pay out to the youngsters depends directly on the amount sold. So the solution is simple: enjoy this wonderful tea and support the youth in Myanmar with it!

Type of project: Display Window
How it works

Nat Coffee is a Geneva and Myanmar-based company specialising in premium Myanmar coffees.
Founded in 2016 by Nathalie Manac'h, the startup Nat Coffee works with 300 young producers from Myanmar. The harvested coffee is imported directly into Switzerland and sold mostly to small-scale artisanal roasters. Since the "lockdown" in Myanmar in 2020, Nat Coffee has expanded its range with tea specialities from mainly Shan State. 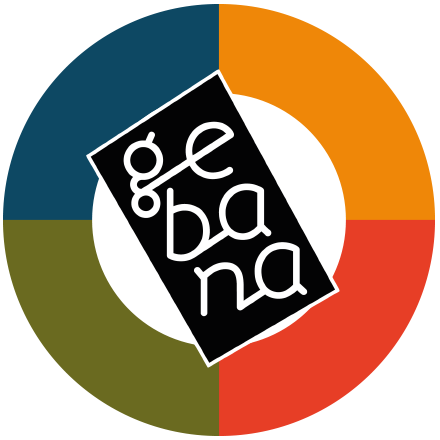