On the 20th anniversary of gebana as a trading company we decided to stop using the word ‘fair’ in future. Read about what led to this decision and precisely why we want to work even harder for fair trade as a result. 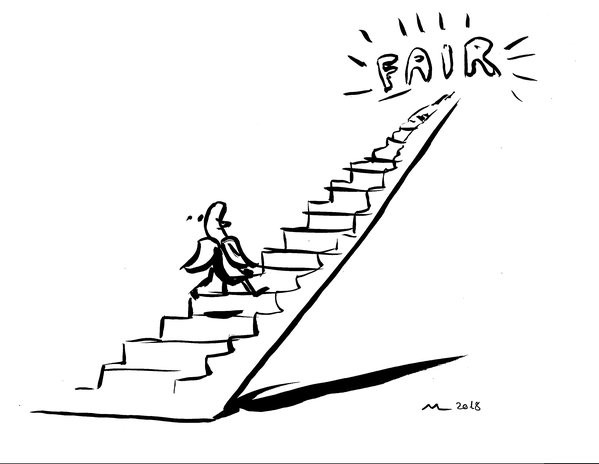 ‘fair’: We have had enough – we still have nowhere near enough!

Claiming that a product is ‘fair’ is problematic, as it means a standstill. Ursula Brunner, founding banana worker, said: “There is no such thing as a fair product; fair trade is a process.” And this is how gebana has always seen its work: Step by step, we are constantly looking for a better deal for farmers, workers and the environment. But who decides what's fair? Just because we try and make trade fair; that doesn’t mean we are anywhere near to having a fair product! 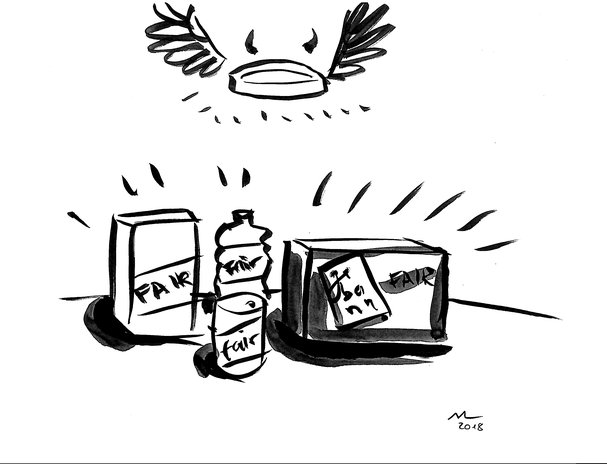 Nevertheless we use the word ‘fair’ when we talk about our products. The concept of fair trade has become widely known in the last 20 years, and people associate with one word the concept that we also support: better prices for farmers and decent wages for workers. But also above all a vision of better trade, which brings growth to poor regions and creates a fairer world.

But creating a fairer world has increasingly less to do with ‘fair’ products. Products commended as ‘fair’ are certainly fairer than unfair ones – and that's good. And there are also actors wanting to move further and who are following a holistic vision. But the market is increasingly dominated by multinational corporations. They have ‘fair’ products in their ranges – with the sole aim of improving their margins and maximising profits. It’s about marketing, while the company’s trade policy doesn't change one iota.

These companies adopt a short-term view, they constantly exert pressure on prices, are not transparent and push the fair trade standards down to the minimum. Yet, even when they observe the most basic rules, their purely profit-driven behaviour as a distributor and their overall company policy is destroying sustainable and fair value chains, rather than building them. This runs completely contrary to the growth approach adopted by fair trade. It leads to less fairness rather than more.

We wish to distance ourselves from this explicitly. As a result, we have decided to no longer label our products ‘fair’.

However, removing the word ‘fair’ from our products does not mean that our commitment to fair trade is decreasing. We will continue to invest in the local value chains, even in high-risk regions. We will continue to create as many good jobs as possible. We are training organic farmers and promote organic cultivation. We continue to work on the sustainability of the entire value chain and we remain long-term partners with courage and staying power. 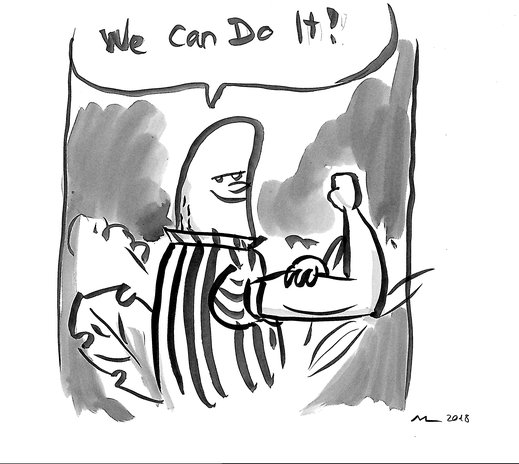 And we want more! In future we will be focussing more intensely on holistic impact and growth locally, we will ensure growers receive a share of the sales, dividing profits with staff and customers and ensuring that value chains are more deliberately geared towards the environment. And we will become more heavily involved in the discussion around trade policy. Trade as a whole must become fairer!

Together we change global trade
in favour of family farmers,
local economies
and the environment.

The illustrations for this article have been created by the artist and cartoonist Marina Lutz from Emmenbrücke. At the celebration to mark the 20th anniversary of gebana, she sketched live in ink while this text was presented. Among other publications, Marina Lutz regularly provides illustrations for the Bündner Tagblatt newspaper and Nebelspalter magazine.