Why Honey from Mexico?

If you want to buy honey produced in Switzerland or Germany, you'll find it at farm shops or delis. But you're unlikely to find it at the supermarket and gebana doesn't carry it either. The reason is simple: local beekeepers don't produce enough to meet the current demand. 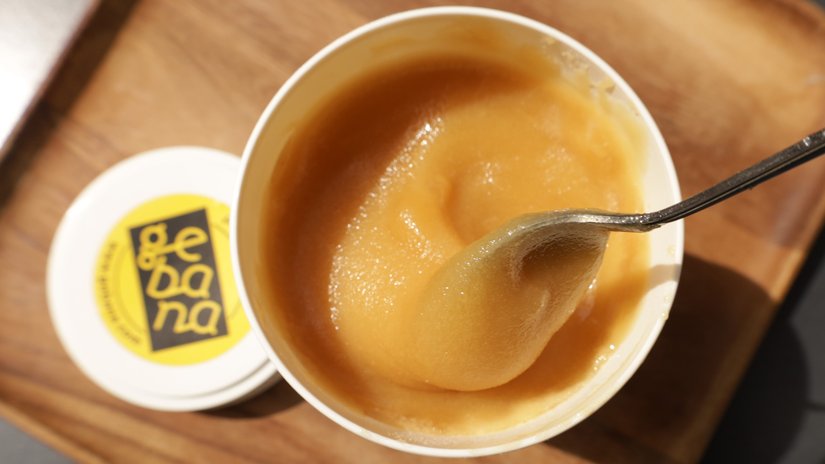 People in Switzerland and Germany love honey. At least that's what consumer data suggests: on average, they consume 1.5 kilos of honey per person per year. If you take the population of both countries into account, this amounts to around 138,000 tonnes of honey. Per year.

A single bee colony produces about 20 kilos of honey per year. Beekeepers in Switzerland maintain approximately 165,000 colonies, while their German counterparts keep nearly 1.2 million colonies. You don't have to be a genius at maths to recognise the problem. There are simply not enough bees to meet the demand for honey in both countries. As a result, more than two thirds of the honey consumed in Switzerland every year comes from abroad. In Germany, it's as much as 80 per cent.

Where imported honey originated is often unclear. While EU guidelines on the quality of honey are strict, there is a fair amount of leeway when it comes to labelling requirements regarding origin. You'll often see honey labelled as a blend of EU and non-EU honeys. According to a report by German broadcaster NDR, German consumer protection groups have been calling for more precise labelling for a long time. But the German Association of Honey Importers argues that origin is irrelevant. After all, bees work in the same way all over the world.

It's true that all honeybees behave the same way. But humans do not. For example, in China, the world's leading honey producer, beekeepers remove the honey from the combs before the bees have reduced its water content to 18 per cent. This ensures that the bees immediately store new nectar and ultimately produce more honey, but it also means that the harvested honey is unripe and contains too much water. The water content must be reduced using a machine, otherwise the honey can form yeast and start to ferment.

Imported honey found in supermarkets is usually a far cry from what the bees originally produced. Instead, these honeys are the result of a mixing process that combines a number of different honeys to ensure that a particular brand of honey always tastes the same. In reality, honey from a specific region can have a different taste from year to year.

Honey is often fake – and it's virtually undetectable

Another issue is the confusing labelling practices used for branded honey sold in supermarkets. One example of this is the term "Imkerhonig" or beekeepers' honey. All honey is harvested by beekeepers. Labelling the honey as such is therefore misleading. The term cold extracted is also often added to create the impression of high-quality honey. Honey is always extracted at temperatures between 20 and 30 degrees Celsius. If the combs are any colder, the honey is too viscous. And if they are warmer, the wax becomes too soft, and clumps of wax and honey begin to form.

According to a statement by the German Professional Beekeepers' Association, honey is also one of the most frequently counterfeited foods in the world. A press release issued by the organisation revealed that counterfeiters are adapting their methods so rapidly that standard laboratory analyses can't detect the fakes or can only detect some counterfeit products. On the Chinese retail platform Alibaba, the Beekeepers' Association even found fructose syrup intended specifically for mixing with honey. The product description even detailed which honey authenticity analyses the syrup would pass.

The honey available in our online shop is a blossom honey from the Yucatán Peninsula in Mexico. We source our honey from Narimpex, a Swiss honey importer working with the EDUCE cooperative. Since 2016, Narimpex has been working with EDUCE to promote organic beekeeping in local communities and to provide the indigenous population with the technical know-how necessary to earn a regular income. The aim of these organisations is to prevent a rural exodus among young people, instead promoting the preservation of the Yucatán Peninsula's fragile ecosystem.

Once the honey from the Mexican beekeepers arrives in Switzerland, Narimpex first liquefies and blends it before filtering and then bottling the honey. This process ultimately allows the honey to be labelled as Made in Switzerland.

This year, we're also trying to find at least one locally produced honey to add to our Swiss range. But since 2021 was an exceptionally bad year for honey producers, we haven't been able to find anyone willing to commit to a long-term partnership. This has made our quest even more difficult than anticipated. But we're not giving up!

Imkerei in Deutschland (Beekeeping in Germany) https://deutscherimkerbund.de/161-Imkerei_in_Deutschland_Zahlen_Daten_Fakten (accessed on 12 April 2022)